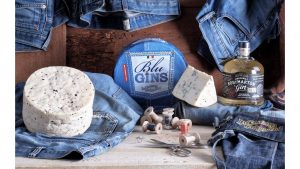 The extraordinary world of scents and flavors.

Italian cheese at the center of sensory exploration thanks to a refined refinement process.

Up to „marriages“ between cheeses and cocktails beyond the boundaries of the most extreme sensory fantasies capable of attracting the attention of the refined world of international elite cuisine.

The pride of years and years of research and experimentation is BluGins, a gin-aged cheese recognized by specialists and amateurs in the world of catering as a true „revolution“.

The path to achieve these results has very ancient origins.

The company’s history began in the early 1900s when Ernesto Carpenedo, Antonio’s father, started as a „casoin“ (in Venetian dialect, it means grocery store). At that time, in the grocery store of the town of Preganziol, one could find every kind of food, such as flours, cheeses, bread, all products with genuine and quality flavors. Antonio Carpenedo, who had been helping his father in the store since he was a child, grew up in this environment, inheriting a passion that seems to be in the Carpenedo family’s DNA: in fact, following a meticulous research, a written document was found, where a certain Domenico Carpenedo in 1858 delivered „formai inscartosai de cretta e foiame“ (cheeses wrapped in clay and leaves) to a convent of nuns.

One hundred years later Carpenedo is still on the crest of the wave thanks to his internationally renowned experimental laboratory. 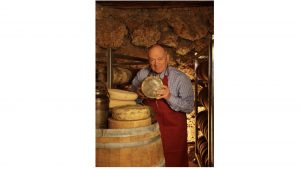 Antonio Carpenedo’s great adventure as an affineur began in 1976 when he rediscovered an ancient tradition preserved by the peasants of the Piave area: that of putting cheese under the marc during the grape harvest. This tradition originated in the days of conflict during the First World War, when the farmers, in order to preserve the wheels of cheese from the raids of the belligerents, had the idea of hiding them under the fermenting marc. In that year Antonio began experimenting with the first refinements of Ubriaco cheese, the first important registered trademark of the Carpenedo family. He was therefore the first to put these now famous cheese specialties on the market. 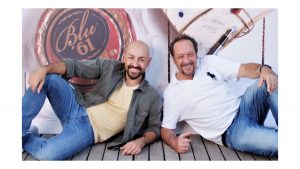 His sons Ernesto and Alessandro  who have recently taken over the management of the company, also began to express their strong creativity, as per the family DNA: from the use of pomace, in recent years they have moved on to experimenting with new ingredients such as hay, walnut leaves, pepper, spices, beer, liqueurs and many others that today make up the vast repertoire of “Formaggi di Cantina®”.

It was 2015 when, on the occasion of Antonio Carpenedo’s 50th anniversary celebrations, the family thought of a truly original idea. Pairing cheese with cocktails. Yes, because the creative dimension never stops, and represents the common thread between generations. This idea led to a collaboration with established bar tenders in northern Italy. Thus began a very complex experimentation that will take a long time. The perfect recipe will arrive in 2017. The result is an intriguing blue cheese made from cow’s milk that perfectly marries one of the most beloved distillates in the world. From an original combination an equally bizarre name „BLUGINS“ dressing the packaging with the texture of the fabric of the famous jeans.

The creations of the products are the result of stories and tales of life: from the cheese „Vento d’Estate“ aged under mountain hay and born during a trip to Monte Grappa, to „Blu ’61“, a blue cheese aged with Raboso raisin wine and cranberries. Casearia Carpenedo today exports to over 26 countries in the world with a turnover of over 5 million euros and a constantly growing trend.

Blu61 was the cheese that marked the turning point for the Casearia. It was created to celebrate the 50th wedding anniversary of Antonio and his wife Giuseppina (they got married in 1961, hence the name of the cheese). A unique product that has conquered Harrods in London and the business class of famous national airlines.  The famous singer John Legend has publicly expressed his appreciation for the cheese offered at the Cipriano hotel in Venice.

Thanks to this all-Italian business, cheese has come a long way from when it was simply a matter of rennet, milk and salt.

Experimentation and more and more awareness that cheese can be considered a true hedonistic good capable of satisfying the emotions of the senses.

These experimental products are now offered and sought after by top French restaurants, the world home of cheese, which recognize the Italian excellence of Casearia Carpenedo. 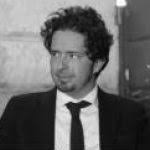 International manager and journalist, he has held the role of president and vice-president of companies in the USA, China and Brazil on behalf of an Italian company. Journalist for Emilian and national newspapers, he is author of the books „Orientarsi in Cina“ and „Brazil, storie dell’altro mondo“.

This website uses cookies to improve your experience while you navigate through the website. Out of these, the cookies that are categorized as necessary are stored on your browser as they are essential for the working of basic functionalities of the website. We also use third-party cookies that help us analyze and understand how you use this website. These cookies will be stored in your browser only with your consent. You also have the option to opt-out of these cookies. But opting out of some of these cookies may affect your browsing experience.
SPEICHERN & AKZEPTIEREN