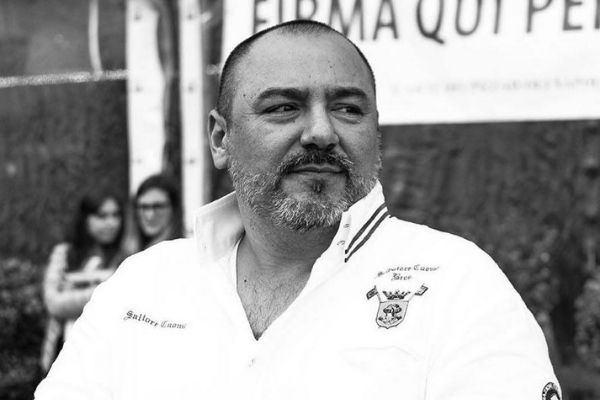 Salvatore Shigeta (born Salvatore Cuomo) is an Italian celebrity chef, restaurateur and media personality in Japan, known for his food-focused television programs and cookbooks, as well as his restaurants throughout Asia.

Known in Japan as “The Pizza Man” and “The Grand Chef”, he is committed to improving Italian cuisine internationally. Salvatore Cuomo restaurants, catering services, cookbooks and licensed products are operated by Ystable Corporation, owned and managed by Seizaburo Kanayama and Salvatore Cuomo.

Salvatore Cuomo was born in Naples, Italy, in 1972, the son of an Italian father and a Japanese mother.

Cuomo was first inspired by his father who was also an Italian chef in Naples. He started at the young age of 11, where he trained in the kitchen and travelled frequently between Italy and Japan. Gradually he learned to fuse the traditional Italian art of cooking with the Japanese art of perfection.

A few years later he travelled to Japan with his father who opened an Italian restaurant in Chiba in 1984. About those early years Salvatore told the press that it was not a good experience to start with: “I didn’t like Japan at all, so after one year, I went back to Italy and spent 2-3 years studying in a cooking school. When I was 18, I went back to Japan after my father got sick and I’ve been here ever since.” Cuomo said that Italian cuisine was just starting to become popular at the time: he and his two brothers decided that in order to succeed in the restaurant business in Japan they would have to understand the Japanese food mentality. They spent a couple of years researching the market before opening a new restaurant in Tokyo with what Cuomo calls “original Neapolitan pizza”.

Since then, Cuomo has been credited with catapulting Neapolitan pizza to Japan and now throughout Asia.

His first job was as a pizzaiolo in Naples, where he first gained experience in preparing Italian pizzas and dishes and developed a relationship with his mentor, his father.

Cuomo has been credited with catapulting Neapolitan pizza to Japan and today manages and supervises more than 77 Salvatore Pizza restaurants and five Salvatore Cuomo The Kitchen restaurants (in Kyoto, Nagoya, Shanghai and Seoul), as well as Salvatore Cuomo Bros (under the XEX umbrella), BOTTEGA casual restaurants, Café al Grazie establishments and Bar Italiaichiba.

Cuomo has made numerous guest appearances on TV shows such as Iron Chef and Buona Sera, an Italian cooking show on WOWOW.

Chef Cuomo has said numerous times that he is very careful not to neglect his outside activities for too long. “It is very important to stay in the chef’s uniform. I could be a CEO, but the kitchen is my second home. You can only understand your customers’ feelings there, not just by asking the staff.”

In February 2014, Salvatore Cuomo opened his first restaurant in Taiwan. TVBS reported that the chef’s move would help the country with a $70 million injection into the economy.

Paul Huaug, a pizza maker working for Chef Cuomo, won the Caputo Cup (Taipei) in May 2014. Paul Huang is the first Taiwanese pizzaiolo officially recognized by the Italian Neapolitan Pizzaiolo Association). Also in the same month, Salvatore Cuomo appeared in Vogue Taiwan and Taiwanese television invaded the restaurant for the weeks following the competition, when Taiwan’s first pizzaiolo won an international competition for the first time in the country’s history.

In June 2014, Taiwanese magazine Bazar named Cuomo the best thing to come to Taiwan in 2014. In June 2016 he opened a new restaurant in Manila, in the Philippines, named BGC: Salvatore Cuomo & BAR. Today Salvatore Cuomo is Vice President, COO and Executive Chef of Y’s Table Corporation (Tokyo Stock Exchange No.2798). He is the owner-founder C.E.O. of Salvatore Cuomo International LTD in Hong Kong.