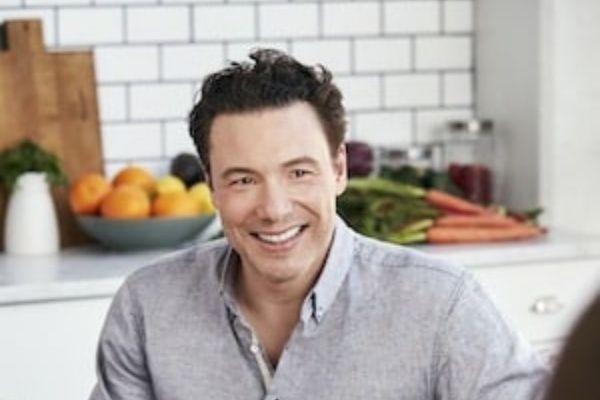 Rocco DiSpirito is a James Beard award-winning chef, champion of the healthy lifestyle and author of the New York Times # 1 bestseller who is dedicated to proving that healthy and delicious are not mutually exclusive.

Recently, DiSpirito brought his creative vision and culinary talents to the iconic Standard Grill restaurant at The Standard, High Line. As a chef, he reinvented a menu of healthy and indulgent options, spearheaded a visual redesign of the dining room, and elevated the kitchen with an expanded open bar and new Binchotan-fired Josper grill from Spain. Offering exquisite, fresh, organic, locally sourced and gluten-free meals, its famous comeback to restaurant cuisine has received praise, including a notable 2-star New York Times review. Rocco also delighted customers by presenting his signature Peconic Bay Scallops & Uni dish, first served in his acclaimed 3-star restaurant, Union Pacific, which has been a culinary hotspot in New York for many years.

Growing up in Queens, New York, DiSpirito’s love of food began at a young age, where his mother taught him how to make simple and magnificent meals using only a handful of real foods. His passion for cooking led him to study at the Culinary Institute of America and Boston University, where he graduated early to pursue his culinary career. At the age of 20 he worked in the kitchens of legendary chefs around the world. He was named “Best New Chef” by Food & Wine magazine, “Sexiest Chef” by People magazine and was the first chef to appear on the cover of Gourmet magazine as “America’s Most Exciting Young Chef”.

He is the author of thirteen books, which have been translated into multiple languages ​​and sold around the world. His first book, Flavor, awarded DiSpirito a James Beard award and showed readers how to create bold, sophisticated yet surprisingly easy dishes. Her best-selling cookbook series, Now Eat This, inspired DiSpirito’s syndicated TV show, Now Eat This! With Rocco DiSpirito, of which he is also an executive producer. Additionally, in 2012, DiSpirito founded his own production company, Savory Place Media, whose first project for AOL Originals, Now Eat This! Italy, became an instant Top 10 and received millions of views.

A # 1 hit phenomenon in the world, The Pound A Day Diet book led DiSpirito to create a bespoke meal delivery service, which it currently operates in New York City. Prepare fresh, delicious, ready-made meals that are delivered to customers across the country. Each customer receives a fully customized menu to achieve their weight loss, lifestyle and health goals and features only the best local, natural, organic, sugar-free, gluten-free and dairy-free ingredients.

Her amazing weight loss journey has played a significant role in her culinary philosophy and charitable endeavors for over a decade. To that end, he serves as HealthCorps ambassador, inspiring school students across the country to develop healthier habits. Dr. Mehmet Oz, president of HealthCorps, presented DiSpirito with the organization’s highest award, the Golden Heart Award. In addition, in September 2017, he won the title of champion of the Food Network series, Guy’s Grocery Games: Superstars, and donated the $ 40,000 prize to HealthCorps.

Fighting food problems was one of the most rewarding experiences in DiSpirito’s life. He is a member of the Entertainment Council of Feeding America, a Wellness in the Schools (WITS) consultant, and a frequent volunteer at New York Food Banks. In the aftermath of Hurricane Katrina, DiSpirito donated 500 hot meals a day for two months from its Now Eat This food truck.

He is hailed as one of the leading health experts and is often called upon to speak at events, including the Partnership for a Healthier America Summit in Washington, DC.