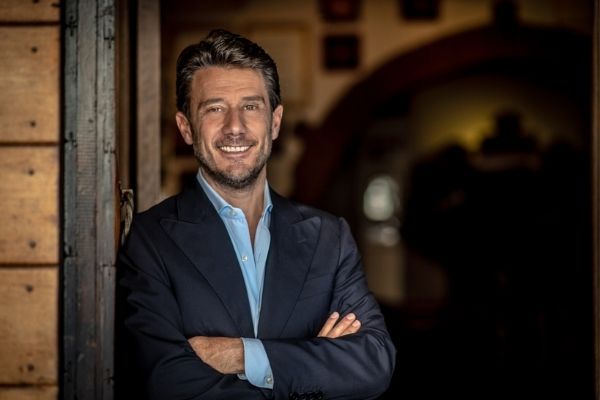 Francesco Panella is a Roman restaurateur and entrepreneur, owner of the restaurant Antica Pesa (based in Rome and Brooklyn, known all over the world and very popular among internation stars such as Madonna, Jennifer Lopez, George Clooney, Leonardo Di Caprio) and the concept bar Feroce (New York, awarded in 2018 as the opening of the year by the Top Italian Restaurants of Gambero Rosso).

Panella, already known to television audiences with the show Little Big Italy, is currently hosting in prime time on the Italian TV channel NOVE a new tv show Riaccendiamo i fuochi. In these five episodes, Francesco Panella goes to the rescue of restaurateurs and entrepreneurs, specifically owners of family-run activities, who have been hit by the economic crisis due to the Covid-19 emergencies and need help. Francesco Panella makes his experience available to these entrepreneurs in order to fix their business models and help them to understand how to deal with our new reality.

An eclectic entrepreneur, Francesco Panella is also involved in other projects during this period. First of all, he created the first anti-Covid restaurant. This is an idea that saw Panella bring together professors, scientists, engineers, creatives, alongside Costa Group, to find a series of practical solutions on how to store and serve food, make the customer feel protected, but above all on how to transform and adapt the restaurant environment to health needs. The result has been an integrated plan of innovative actions, starting from cooking and storing food, with the idea, for example, of “hot” refrigerators, which, once the bacterial load has been eliminated, allow to secure up food for 40 hours. Together with a company in Padua, Panella has also developed solutions to reduce the risk of contamination with removable pliers for plates and pots, lids to secure the dishes and antibacterial pans that serve as plates, made of copper or ceramic.

Also, on November 12th his new book will be released for Newton Compton, Forse non tutti sanno che in America. In common perception, America is a symbol of progress and modernity but also of junk food. Francesco Panella in this book tells the stories of chefs, farmers, producers, food entrepreneurs, visionary characters who, since the nineteenth century, have helped to welcome and revisit gastronomic traditions of the colonists as well as populations already rooted in the territory. An exciting tour, full of personal anecdotes, that starts from the north-east of the United States, passing through the Midwest, the South and arriving to the west, the largest area of the country, composed of very different landscapes and characteristic cuisine, strongly inspired by pioneers and attentive to the theme of sustainability.